QJS/QJQ series is double horizontal shaft forced mixer, which is suitable for concrete block making plant, road, bridge, water conservancy, port and so on Industry and civilian construction projects. QJS mixer could mix harsh concrete, plastic concrete, liquid concrete, lightweight aggregate concrete and mortar. QJS/QJQ mixer could be used independently and can be combined with various batching machine such as the PL800 or PL1200 to be a simple mixing station. 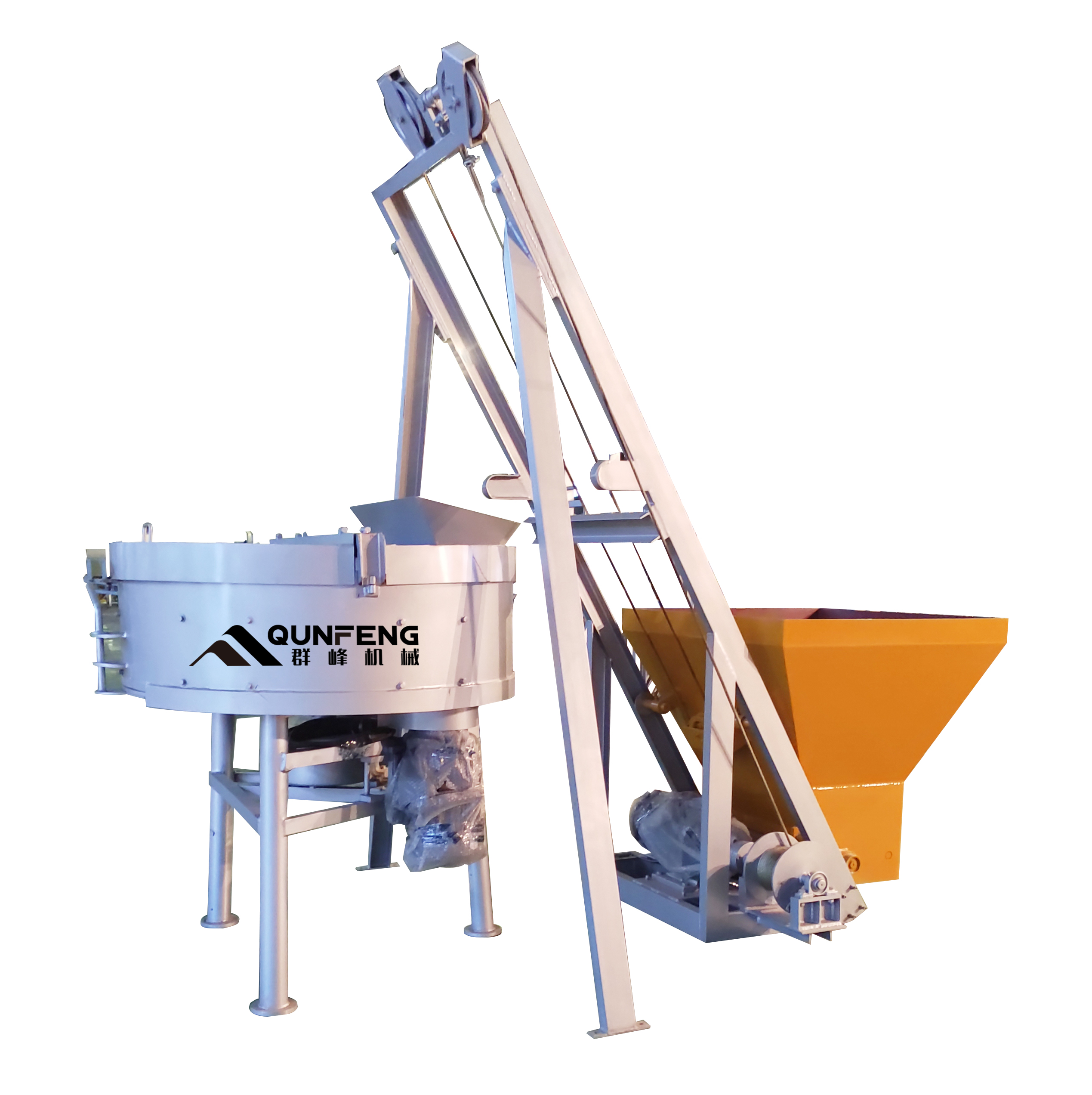 QJQ Series Mixer
QJQ Series is vertical-shaft faced type mixer, which is suitable for concrete block making plant, road, bridge, water conservancy, port and so on Industry and civilian construction projects.The mixer is a ideal equipment for concrete mixing which has the advantages of compact structure, low energy consumption and easy to be transferred etc.

This cuber system is suitable for stacking cured blocks. Generally, it is set independently near the curing yard, and the cured products can be stacked on the spot. It also can be connected directly with block production line to realize the online cuber.

QPR600-6 Terrazzo Tile Machine is optimized on the basis of imported Italian technology. It owns rotating-disk type operation model which makes the movement independent, and it has the features of stable structure and high efficiency. Due to its unique design concept, the tile can carry on further processing after production, such as sandblasting, washes, archaizing, brushed processing. It can aslo produce chromatic tile or top-colored tile.

QS1300-H is currently Qunfeng’s best-selling model, which can adapt to the production of bricks with a height of 35-500mm and has a wider application range.

New-type Paver Laying Machine is suitable for the pavement, tree lawn, garden trails, squares and other places to pave concrete paver brick, water permeable pavement, sintering brick road brick, etc..Laying brick types are including L pattern, herringbone pattern, linear pattern and fancy double linear pattern and so on. It can easily to work 400 ~ 500 square meters of paving per day, which is an ideal machine for municipal engineering and garden construction.

Automatic pallet provider can automatically arrange the unordered pallets in the working site and then send the pallet to pallet feeder of block production line for recycling use.